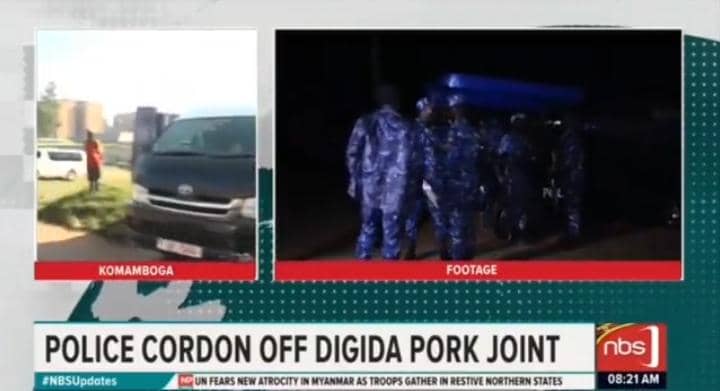 Last night at Bout 9pm, there was a blast at Digida Earing Joint at Komamboga that has so far claimed to lives and several were injured and rushed to Mulago Referral Hospital.

The blast follows a warning by the UK and France of a possible terror attack but the Uganda Police Spokesperson Fred Enanga came out to say there was no imminent danger.

The security officers are at the crime scene investigating the cause of the blast.

All bars however are supposed to be closed as per presidential directives on COVID-19 and curfew still stands at 7 pm.

President Museveni has released a statement saying the public should not fear what seemed like a terrorist attack last night.

“We shall defeat this criminality like we have defeated all the other criminality committed by the pigs who don’t respect life,” he said.

24 Years Old Reunites with His Mad Father After 18 Years