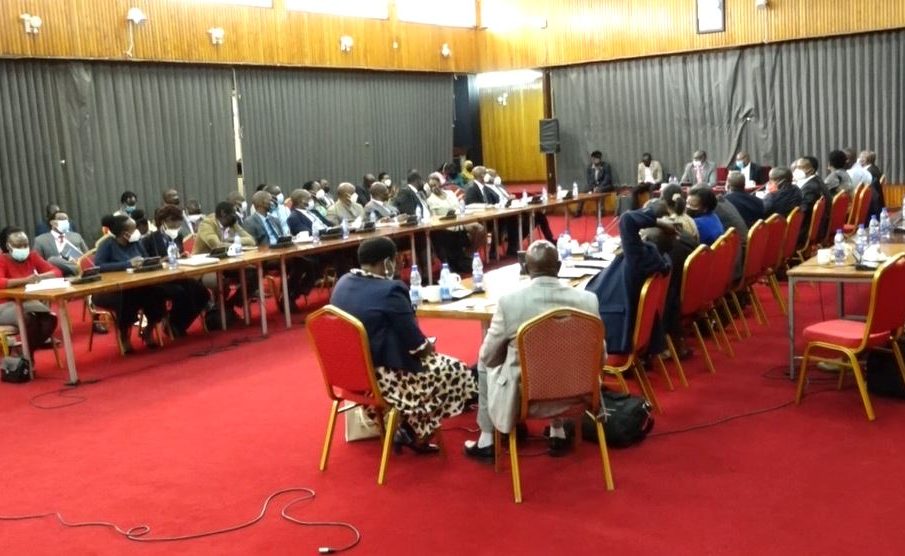 Government is set to close 17 nonproductive projects amounting to USD 1.214 billion of which USD 457 million has already been disbursed. Permanent Secretary and Secretary to the Treasury Ramathan Ggoobi told the budget committee of Parliament that the reforms are geared towards minimizing unnecessary expenses and payment of interest on loans.

This was revealed as officials from the Ministry of Finance led by State Ministers Amos Lugoloobi and Henry Musasizi, in charge of General Duties presented the budget framework work paper for the FY 2022/23 amounting to UGX. 43 trillion.

Henry Musasizi highlighted the key priorities that will be addressed in the next financial year. These are in line with the midterm priorities, all aimed at reducing on unnecessary supplementary requests. These include strengthening the country’s defence and security, enhancement of salaries for scientists and health workers, operationalization of Newly created cities, and the operationalization of the Parish Development Model among others.

However, there was mixed reactions from the budget committee members after Permanent Secretary, also Secretary to the Treasury Ramathan Ggoobi revealed that government is in final stages of closing down 17 non performing projects countrywide to reduce on expenses and the payment of accumulating interest rates on loans.

Committee members also queried the slow progress of the implementation of the Parish Development Model that was launched last year.

Demand for Permanent Membership of Africa on the UN Security Council