Tuesday, May 17
Home›Live At 9›“The Constitution Not Safe” Muntu in 1995
Live At 9NBS UpdatesCurrent Affairs

“The Constitution Not Safe” Muntu in 1995 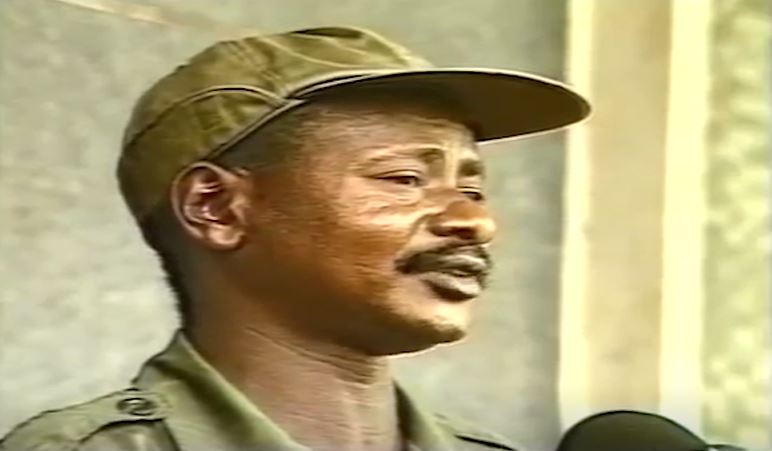 Like a ghost resurfacing from the 90s, this article authored by veteran journalist Peter Mwesige featuring then serving military chief Mugisha Muntu is like a prediction that has come to pass.

Muntu who has since retired and even joined politics says two months before the constitution was adopted,  cracks in the leadership style had started to show. Muntu says they had counted on the elites to protect the constitution but that was one big mistake.

We thought well despite the individualism, institutions like Parliament, Judiciary would crack a whip but alas they are the most weak,” Mugisha Muntu

27 years later the retired general still stands by his word saying some pillars of that constitution should never have been tampered with.

Term limits were the safety valve that if a leader disappoints the country we bring another,” Muntu

NRMs Director Information and Publicity Emmanuel Dombo however disagrees with him saying for a simple fact that the constitution provides for amendments, no violation was done

The constitution makers should have entrenched there that this should be touched,”

Dombo says all the constitutional changes made so far have been for the benefit of the country.

Only Old Government Assets to Be Insured