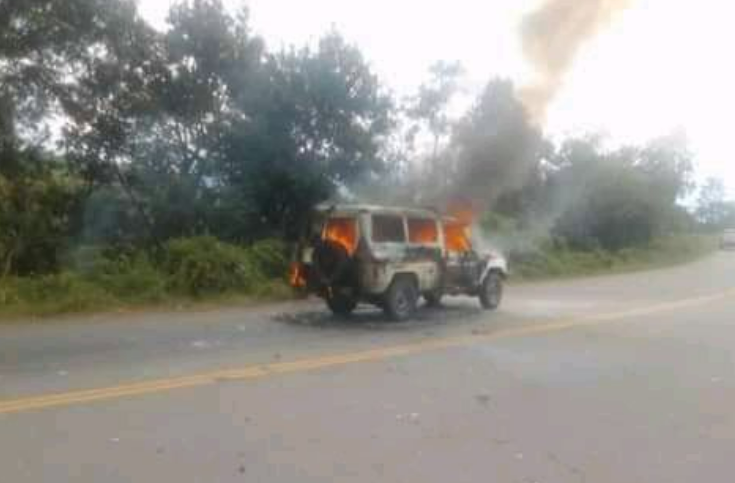 Ministry of Health has confirmed a viral image that went viral where a hospital ambulance caught fire.

Our emergency care teams were transferring a referred patient from Bwera GH to Fort Portal RRH in an Ambulance which caught fire while in transit at Kibiito.

According to the ministry, the people in the patient cabin died while the two in the front cabin escaped with severe burns and were evacuated to Fort Portal RRH for stabilization and care. The cause of the fire is yet to be established