Following a presidential directive to curb crime in the country, police unveiled a plan to deal with the creeping criminal gangs that are terrorising and robbing people at night.

With the increased number of robberies and house break-ins, Police has conducted operations in Ntugamo district leading to the arrest of six suspects involved in armed robberies between 10th and 26th December.

Fred Enanga, the Police Spokesperson says that Police managed to include teams from the Firing Squad to join the territorial police in Ntungamo district to build on the intelligence obtained surrounding the aggravated robberies. 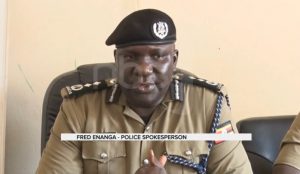 Other three suspects were arrested in Bwebajja Kampala Metropolitan policing area. These include David Mawanda,  Gerald Nsubuga and Nkulusiya Ronald.