Tuesday, January 21
Home›News›Kyagulanyi Back To Drawing Board
News 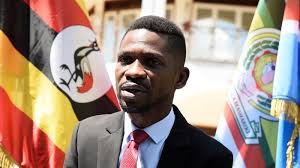 Speaking to the press after a closed-door meeting at the Electoral Commission, Kyagulanyi, the Electoral body and Police agreed that the consultation program is rescheduled.

Kyagulanyi said that Police admitted to their wrongdoing and their illegal practices. He stated that this time around, the police has agreed to observe the law and will not behave in an illegal manner.

“Also, the Electoral Commission promised to follow this matter closely because that is their responsibility,” said Kyagulanyi.