Muntu’s ANT Not In Rush For Joint Candidate 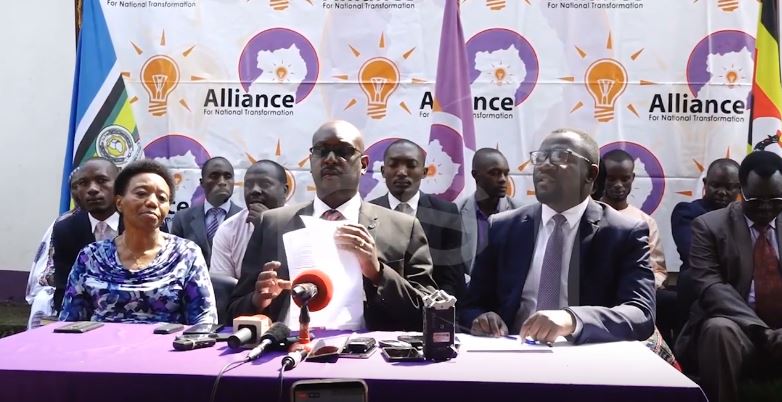 The Alliance for National Transformation (A.N.T) has announced that it is not in a rush into coalitions due to mistrust and internal bickering that have been an occurrence amongst other opposition parties.

At the Party headquarters along Buganda road in Kampala, Party Spokesperson Wilberforce Sselyazi  made the revelation further emphasizing that as a party any level of corporation that leads to change is accepted but their emphasis at the moment is to build internal capacity and stability so as to be strong individually before joining forces.

Other issues mentioned included a discussion about the conduct of security forces in the country with growing concern that it doesn’t allow every candidate level ground in order to participate in their duties. This comes at the aftermath of police action on the opposition while conducting activities like denial of meetings and praying of tear gas in public.