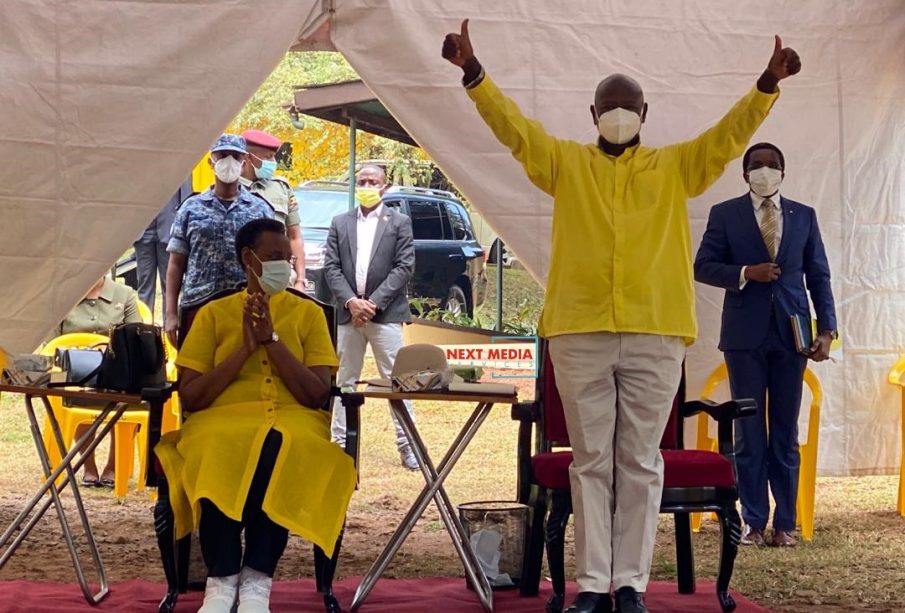 President Yoweri Kaguta Museveni has been nominated as the National Chairman & presidential flag-bearer for the ruling party for the 2021 general elections.

The NRM Chairman said that he is amazed at how some people mix up issues. He said that they have been talking about business, money, jobs when the issue globally is life. He stated that saving lives is the biggest challenge and is a top priority.

“If you wanted to see death, you have seen death. We have been begging you not to die but people say there is no danger. Now you have seen, these two are ‘endoozo’,” said President Museveni.

We Have A Country To Fix – Joel Ssenyonyi