Was it Anite Vs. Opposition in Koboko? 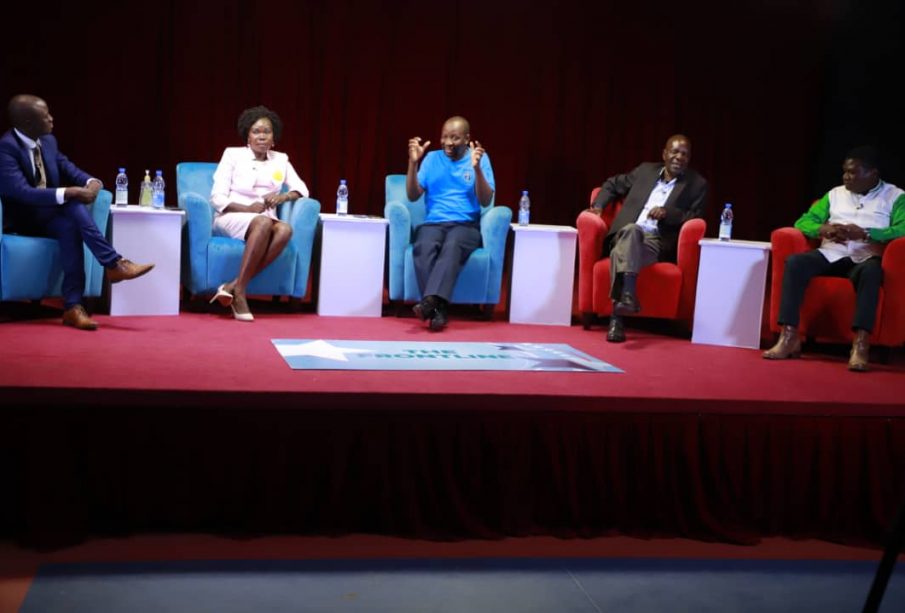 The State Minister of Finance for Investment and Privatization left Kampala with her head high to go and reclaim her position as the Koboko MP.

She said she was the gateway to Koboko and that her opponent Dr. Charles Ayume was opposition. She was assured of a win. In a twist of events, Ayume came out victor, and Anite cried foul, saying she was rigged out.

She said the opposition infiltrated the voting process, and that very many foreigners were also able to vote. She vowed to write to President Museveni to order for a rerun.

Ugandans were in shock and amused in equal measure. Many who view Anite as arrogant felt she deserved the loss, and others said there was no way the super minister who had positioned herself as all-powerful would come out of the election crying.

On many occasions, Anite said she has the power of the ‘majje’, meaning she has the army back up. People just can’t stop wondering where the ‘majje’ was when she lost ‘unfairly.’

Evelyn Anite and Ssemujju Nganda joined The Frontline panelists Ofwono Opondo and Norbert Mao to discuss the chaotic NRM Primaries that left Anite locked out of the 2021 elections.

Ssemujju did not hide his happiness. He bluntly told her it was sweet to see her cry after she boasted of having the majje.

Mao said Anite was overconfident and scoffed at her arrogance following her statement that she doesn’t see Ayume’s legacy.

Mao says it would surprise him if opposition interfered in Koboko because they love to hate on Anite.

Ofwono Opondo sympathized with his colleague and friend, and he acknowledged the irregularities in the NRM Primaries.

Anite’s spirit, on the other hand, doesn’t seem to be killed by the loss, she vows to continue mobilizing for the party, and she says the majje was by her side in Koboko.

About UGX 11 billion that was given to teachers by H.E Yoweri ...