President Museveni on Military Coup in Guinea, Relations with Rwanda and more 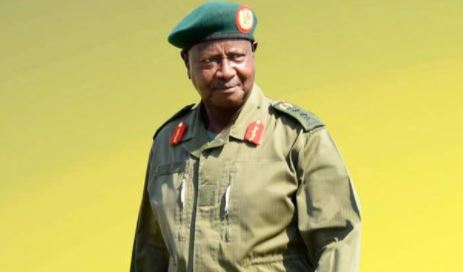 “Military coups are a step backwards, we had them in the 1960s”, President Museveni on the Guinea coup.

President Museveni also commented on the Afghan refugees in Uganda saying it is humanitarian. He went on to condemn other countries fighting wars that are not theirs to fight, he says people should defend themselves and he is thinking of withdrawing Ugandan troops out of Somalia.

President Museveni has blamed President Paul Kagame of Rwanda for shutting the border two years ago. Museveni denied claims by Kagame that he was acting like the master of the region and a bully. On Rwanda Spying on Uganda, he laughed it off saying the secrets are in his head therefore their effort is a waste of time.

President Museveni also said that a probe into the killings of more than 50 protesters during the last presidential campaign in November 2020 would be made public and promised that those responsible would be prosecuted.

Museveni said he wasn’t scared that Bobi Wine, his main challenger, could win the election. He said Bobi Wine was defeated in the elections and he is willing to dialogue with him.

President Museveni has denied the rumours of  grooming his son for the presidency saying the people of Uganda will select the next president.

President Museveni was speaking to France 24 in an exclusive interview

“So and so is sleeping with the boss.” If you indulge in ...