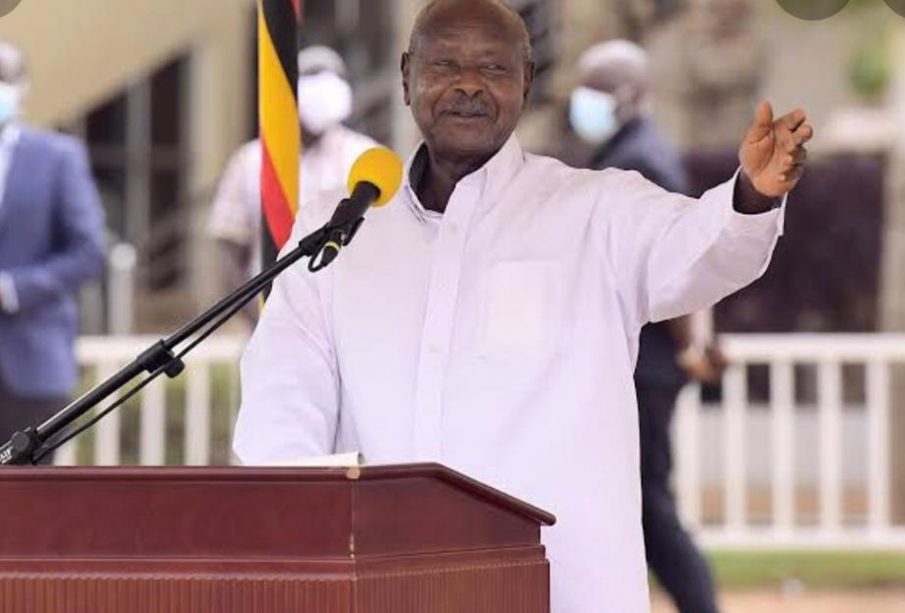 While addressing the Nation today, 1st December 2021, the Ugandan President His Excellency Yoweri Kaguta Museveni orates to Ugandans about the HIV/Aids journey in Uganda, while sighting the transitions of the HIV era, the responsibilities of the different stakeholders in the fight against HIV, and recommendations on how to seize this growth of HIV in Uganda as he was live at the Kololo Independence grounds- Kampala, Uganda.

“Society and human behavior have watered the spread of HIV/Aids, not only in Uganda but all over the globe. Conscious efforts such as parental guidance, HIV testing, local council awareness, and sensitization, should be highly reactivated as we focus on fighting HIV/Aids in Uganda,” the President quotes during his address.

In addition to the above, the President further accredited several fighters against HIV; the ministry of Health over its consistency in flag barring the fight against HIV/Aids, government agencies, to mention but a few, the Uganda Aids Commission for its commitment to inform and protect Ugandans over the spread of the virus, international partners such as the UN, among others.

“We have come a long way, and today I can say with confidence that we are winning the battle against HIV/AIDS. Everyone has a role to play. I thank everyone who has come up with clear and accurate information on how we can help each other in this fight; Everyone who has spoken up,” H.E said.

In conclusion, President urged all married Ugandans to stay faithful to their partners and encouraged the singles to abstain as they prepare themselves for marriage and long-life partners.

President Museveni launched a 5-Point plan as an effort to end HIV/Aids, as a public health threat, in Uganda by 2030. (By Nelson Musoba- All Africa)

Mr. Agaba Mark is a communication specialist, serving as the Public Relations and Protocol Executive at Next Media Services. A social worker by profession, as a graduate from Uganda Christian University, Ugandan Humor specialist, and entertainer by occupation. Renown as Uncle Mark in the Ugandan Comedy Industry, actor and Social welfare activist.