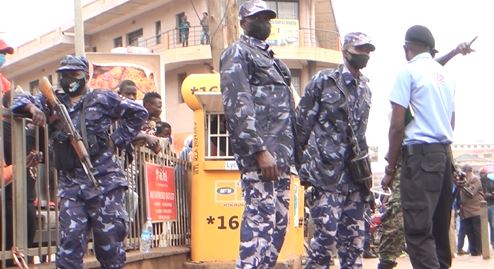 The Kampala Residential City Commissioner Hudu Hussein last week issued a notice to the vendors that they had up to Sunday last week to vacate the streets telling them to take up stalls in Usafi Market. Security has been deployed heavily on the Kampala streets since Monday to effect this. Hudu says he will not back down effecting a directive he got from President Museveni, a move he says will lead to a smarter capital city.

Kampala Capital City Lord Mayor Erias Lukwago has criticised this move saying Hudu didn’t raise this matter with them. He just swung into action, issued deadlines, and started implementing. Lukwago said it is not the mandate of Hudu or the Security Minister to deal with city hawkers. Lukwago has assured as long as force is used, the vendors will return to the streets.

The military they have brought on the streets is not going to stay there forever. They are also going to turn it into a business, getting money from the street vendors and allowing them back on the streets. Those soldiers you see are also hungry,” Lukwago said.