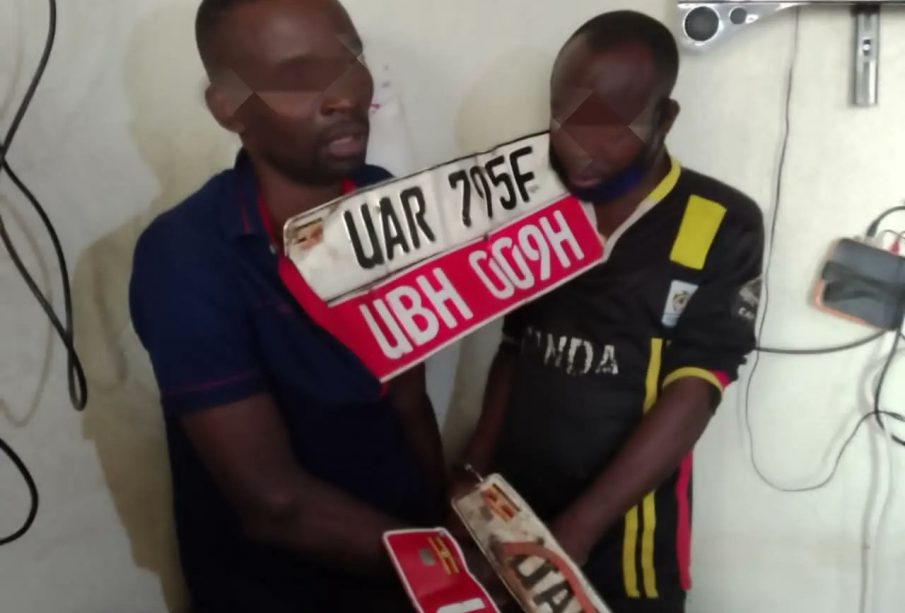 The territorial Police at Kajansi are holding two suspects for theft of number plates from areas of Lweza B , Kitende, Sekiwunga and Bwebajja all in Kajansi Town Council Wakiso District

The suspects who include Sebigo Samuel, 31 a resident of Kawotto cell in Kitende ward, Kajjansi town council, Maseruka Misach, 27 a resident of Lweza B cell were arrested during an Intelligence-led operation.

Through further interrogations, we have noted that other members of this group are still at large and so the hunt is still on to have all arrested & brought to book. During the operation, we were able to recover 5 number plates which are currently kept at Kajansi Police station – “ – Luke Owoyesigyire 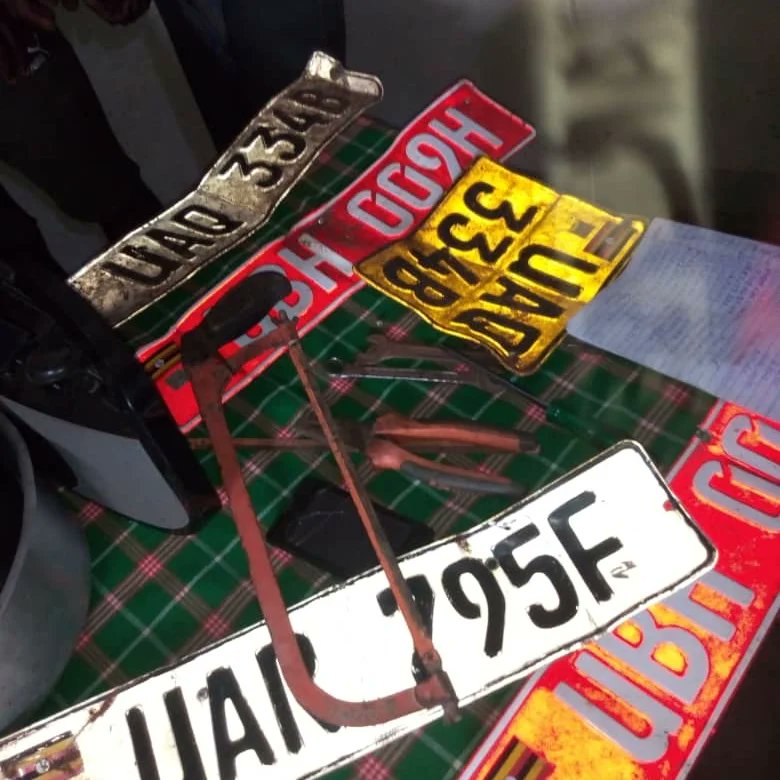