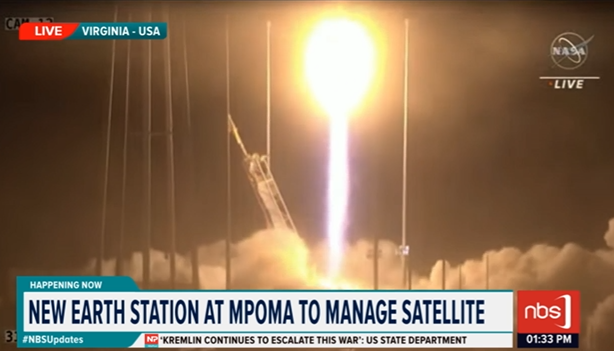 Uganda’s satellite, PearlAfricaSat-1, has been launched into the International Space Station. The satellite is expected be launched into low-Earth orbit, December 2022. Uganda is also establishing an Earth Station in Mpoma, Mukono, for the command, control, and management of the satellite by Ugandans.

This satellite will be relevant in weather forecasting, land, water, and mineral mapping, agriculture monitoring, infrastructure planning, border security, and disaster prevention among others.

Speaking from Kololo Independence Grounds, Dr. Musenero has thanked the three Ugandans who embarked on the journey to bring this to life.

Slick Stuart and Roja set the bar high at the Mixtape Party ...

COP27: EU-Uganda in a Forest Partnership