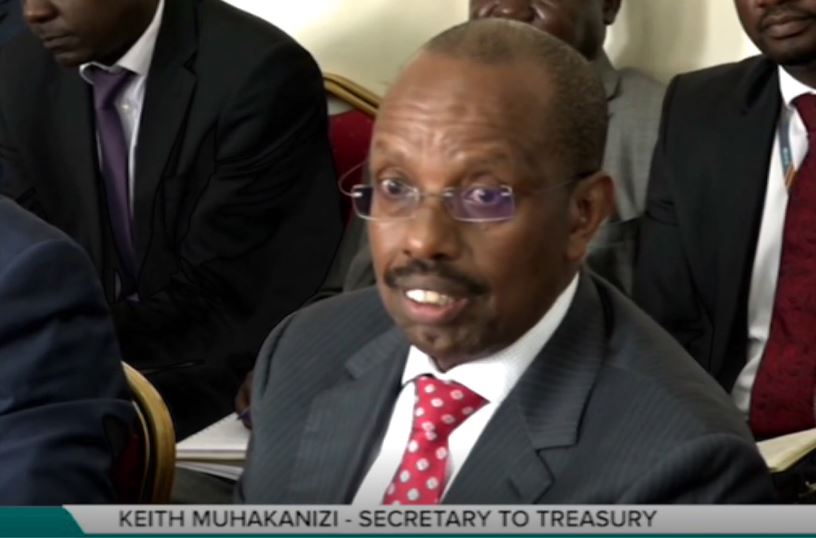 The Secretary to the Treasury Keith Muhakanizi came out to accuse arms of government of contributing to the rampart creation of domestic debt which currently stands at 2.1 trillion shillings.

They demanded an explanation for why the fiscal deficit that was meant to be kept at 3% has widened to 8.7%. Keith Muhakanizi replied and told the committee that they cannot be complaining about something they have created including the creation of cities and districts.

“When I give my certificate saying that there is no money, do you respect it,” asked Muhakanizi.

Muhakanizi told the members that it is a challenge to manage a budget with constant demands yet there are items which must be given priority.