Coronavirus Cases In Uganda Rise To 14 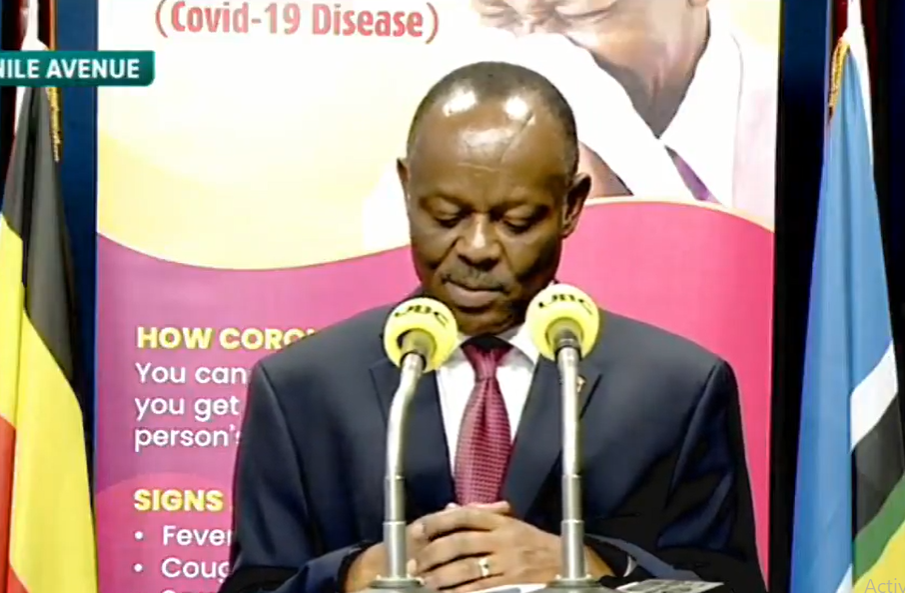 The Director-General Health Services, Dr. Henry G. Mwebesa has announced 5 new coronavirus cases that have been confirmed in Uganda today.  He said that these cases include an 8 months old baby, a resident in Iganga district whose father traveled to Kisumu and returned home.

The Director-General stated that another is a 53-year-old male, a salt trader in Adjumani with no travel history to the EU at all. He added that these also include 2 of the 6 Chinese that were picked from Zombo as they attempted to sneak into DR Congo.

He said that this brings the total number of cases in Uganda to 14 as Ugandans as cautioned to remain vigilant and alert to prevent the virus from spreading which means respecting the President’s directives. President Museveni is set to address the nation today at 8:00 pm following the new confirmed cases.

The public is advised to call the toll-free lines, 080010066 and 0800203033 to reach the Ministry of Health in case of signs and symptoms including any health emergencies that require immediate attention.