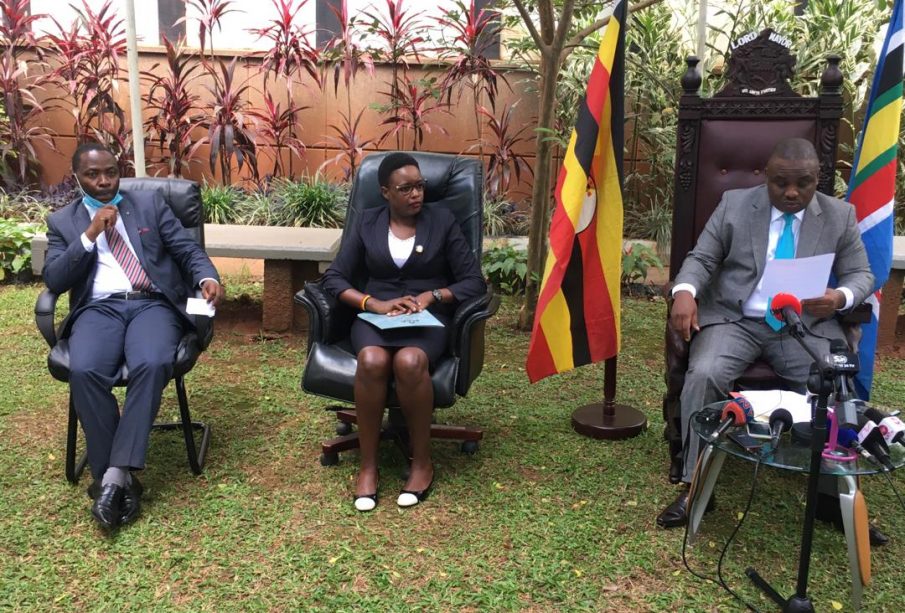 Sarah Kanyike was appointed to head the directorate of gender by President Museveni as the Director Gender, Community Service and Production at Kampala Capital City Authority.

While speaking at City Hall this afternoon, Lukwago said that he had given his former Deputy until today to decide whether she was accepting the job.

After tendering in her resignation, Lukwago, after consultations with different stakeholders, appointed Dorreen Nyanjura as the current Deputy Lord Mayor.

Doreen Nyanjura is the LC5  Woman Councillor representing Makerere University. She was the Minister for Finance and Administration at Kampala Capital City Authority (KCCA).

This position has now been handed to Moses Katabu, the representative of Kampala Central in the City Authority.

Postponing Elections Is Not For Electoral Commission – Justice Byabakama

President Museveni Not Only One Concerned About Ugandans – Joel Ssenyonyi