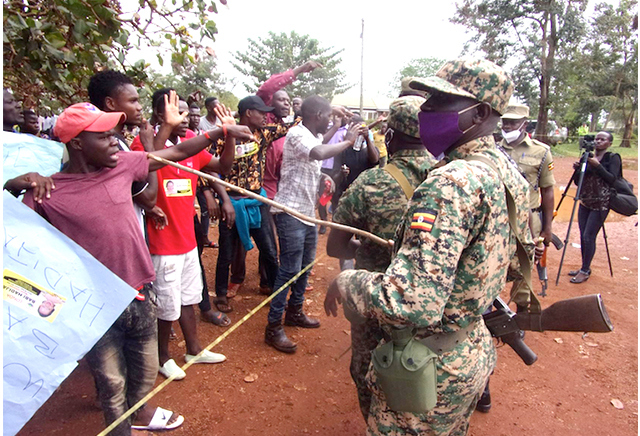 As we are heading towards the 2021 general election there are fears that Uganda might face the highest level of electoral violence than ever before. This comes from the prediction made from the observation of the ongoing NRM elections which have featured numerous electoral violence cases.

However, the government has come forth to warn against violence as the country gears up to the polls for persons with disabilities at the sub-county level, saying those found guilty will face the law.

Human rights defenders and advocates have vowed to take on individual perpetrators of election violence and rights violations during the 2021 elections season.

These defenders who were deliberating on the anticipated violence in the 2021 polls say they will be running a rapid response initiative to ensure all vulnerable persons whose rights are violated get justice.

In an effort to avoid electoral violence, Charity Kalebbo Ahimbisibwe, the National Coordinator, CCEDDU, has challenged the Electoral Commission to follow its mandate and avoid appearing like it is working on the guidance of the ruling party, NRM.

Speaking on #NBSFocalPoint, Ahimbisibwe tasked the country to desist from violence because it questions the credibility of an election.

Man Arrested with a Child’s Head at Parliament