Tuesday, May 17
Home›Live At 9›What is the Future of Democratic Party?
Live At 9NBS UpdatesCurrent Affairs 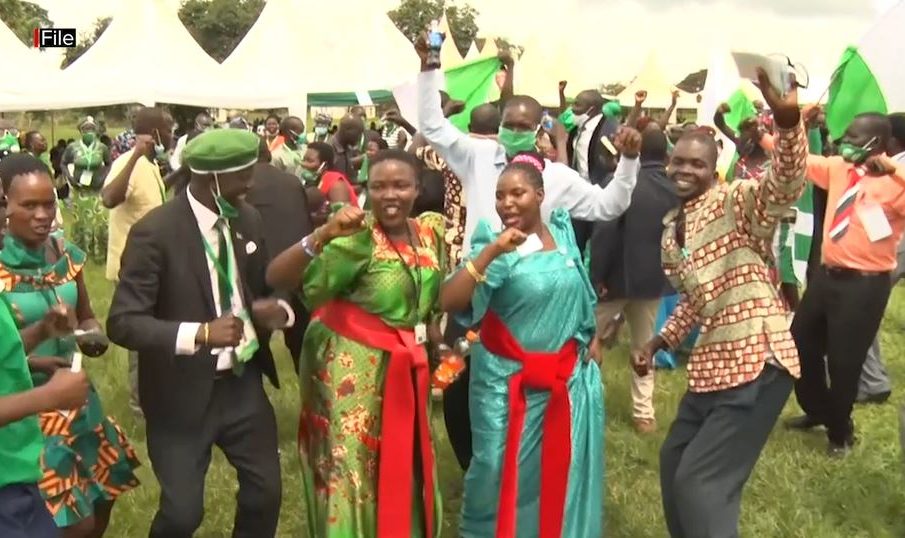 Democratic Party the once strongest opposition party before the emergence of FDC in early 2000 has since failed to reclaim its position and now political analysts look at it as a sinking party that is getting weaker each passing day.

Jonathan Tabalanga a Political analyst says leaders in this party prefer money to serving their party.

Money has always been a factor, self interst within DP is so much, when given money to serve in NRM, they run there instead of serving in their party” Tabalanga.

He adds that the leadership is weak and has not lived to the expectations of its members, with so many disagreements that have led to the exodus of some members.

This is not good for the party. People do not trust DP. How do you expect the people to give them leadership?” Tabalanga.

Party Spokesperson Okoler Opio says the party is still strong and building structures under the strong leadership of Norbert Mao. He says critics will always be but that does not hinder the party from moving forward.

We have no time for a barking dog, a lion doesn’t look at a barking dog that is small, it knows there is nothing a dog is going to do, DP has no time to engage in fights with colleagues,” Okoler.

Betty Nambooze former DP member who is currently in NUP says there is a group of leaders in DP who should take leave for the good of the party to reorganize. Nambooze says now that she is out of DP, her concentration is to build her party and woo more members to join her.

If DP is to recover, some people have to go on leave, I don’t see Mao organising a free and fair election in DP,” Nambooze

Looking at the current leadership in the Democratic Party who is an eligible candidate to succeed Norbert Mao? Nambooze says Mao has no intention to be succeeded, for as it stands, he was apparently elected to lead again for five years.

NRM AT 36; Where is Space for Multiparty Democracy?